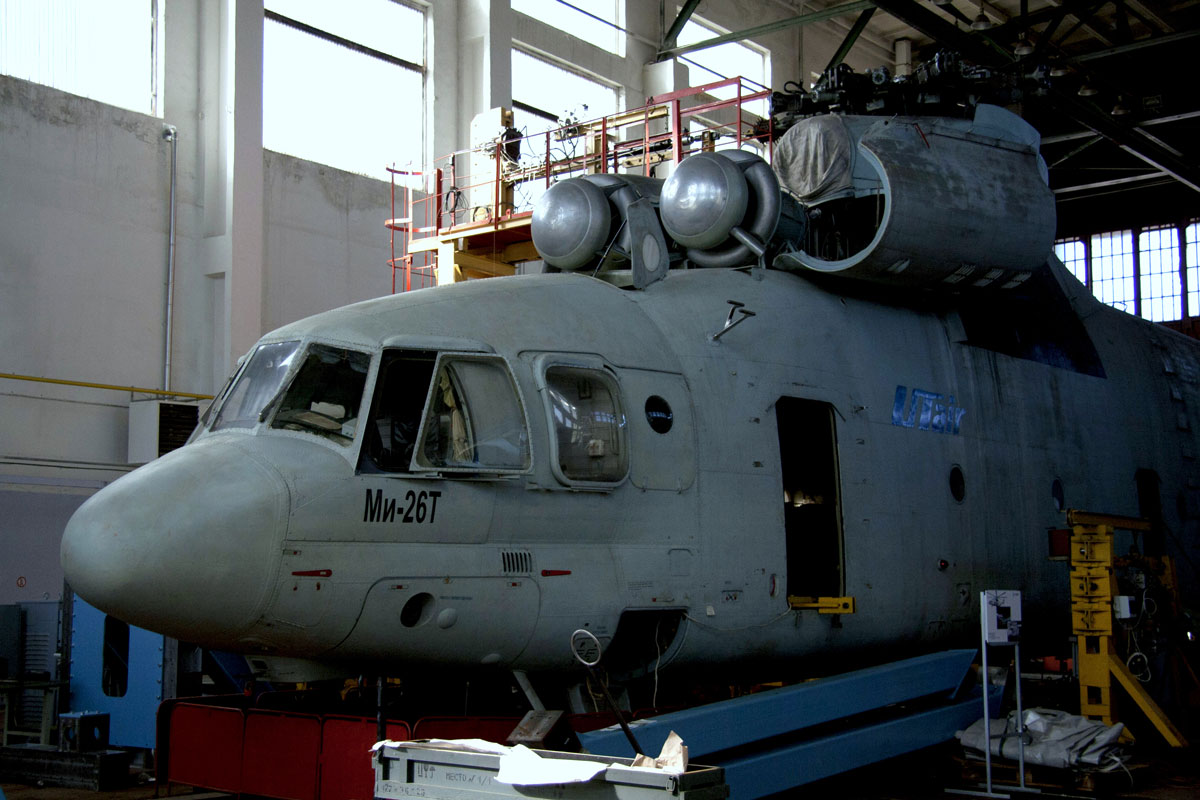 Aviation nowadays is one of the key transport industries carrying millions of passengers on a daily basis. Needless to say safety in the air is a top priority and Latvian company AVIATEST has been carrying out rigorous and comprehensive aircraft tests for decades. State of the art technology is of crucial importance in performing such sophisticated tasks and HBM's data acquisition system QuantumX is an integral part of the company's daily work.

Back in the days of the Soviet Union, AVIATEST usually performed full-scale tests with a dozen of Soviet U-built planes and helicopters. Nowadays it’s all about the specialization - AVIATEST tends to focus on different longevity, resources and static strength tests.

Established more than forty years ago AVIATEST now cooperates with aviation companies based in the European Union as well as Russia. Similarly to Latvian aviation as a whole, AVIATEST aims to serve as a bridge between the West and the East.

Several decades ago the company used a system developed in the USSR, capable of performing static measurements only. When measuring dynamic parameters became a necessity, AVIATEST turned to different companies before finally choosing HBM thirteen years ago.

In the pre-Quantum X era the number of sensors whose data was simultaneously obtained rarely exceeded 50. Now the company is capable of performing more difficult tasks. In some cases the number of sensors has even doubled. Along with the reduced amount of time necessary to gain data it is also the mobility and simplicity of Quantum X that is most valued at the company.

To illustrate this better, AVIATEST is currently involved in a project called NICETRIP, which unites a couple dozen of European companies aiming to develop a civil tilt-rotor aircraft. In order to carry out the gearbox tests, the company uses 32 channels alone for router strain gauge measurements. In addition 70 other sensors are used for measuring temperature, pressure, stress, force and other indicators on the gearbox.

AVIATEST has also performed a number of flight tests which means QuantumX has literally taken off. One of the most impressive tests were of the world's largest helicopter that has ever went into production - Mi-26. The main task for AVIATEST was to measure stress analysis of its airframe.

Aviation industry becomes both safer and more efficient with more accurate and thorough tests that companies perform using modern technology like QuantumX. In the recent years AVIATEST has participated in testing aircraft before its first flight. Among them are Sukhoi Superjet 100, which is the first Russian designed and built regional jet, as well as Kamov Ka-62 and Irkut MS-21 that both haven't made their first flight yet.

QuantumX is the sole module currently used at AVIATEST. Among many others the tasks performed with it range from elementary composite samples to fuselages with pressure testing as well as performing static tests of different components of airframe.

The long cooperation with HBM has allowed AVIATEST to introduce a wide variety of HBM's products in their everyday use. Those include HBM load cells, certain amplifiers, strain gauges and the software as well.

The successful cooperation between the two also means that AVIATEST is seeking to enhance it further. In the foreseeable future the company is likely to acquire additional strain gauges, load cells, modules, amplifiers and even torque meters that have been produced by HBM.

AVIATEST is set to use yet another service provided by HBM as soon as it is about to get to the next stage of Irkut MS-21 tests. It has a capacity of approximately 2000 strain gauges in the airframe, thus the company plans on sending their staff to receive a certificate from HBM in order to install the strain gauges.

QuantumX: Universal and distributable DAQ
The QuantumX data acquisition system (DAQ) is the perfect tool for all of your test and measurement needs. HBM are suppliers of this system.
Strain Gauges
HBM strain gauges for all strain measurement applications: Experimental stress analysis, durability testing, monitoring, and transducer manufacturing.
U10 Force Sensor. Very precise and rugged
Sensor with high bending moment for dynamic and static measurement tasks.
Contact us Please send a message and a representative will contact you shortly.
×