Medical and Healthcare Applications
Previous Next

From sensors that survive hundreds of autoclave cycles to hospital beds, and infusion pump pressure sensor, nearly every medical device with a plug has a pressure, force, strain gauge, load or torque sensor monitoring mechanical influences. As an example, we engineer sensors that are designed to give force feedback and can be built to withstand the rigors of multiple autoclave cycling.

How to summarize the key issues facing global healthcare? There are multiple vectors that interact simultaneously. And while there may be general agreement about the direction of those vectors, expert opinions about their magnitude and speed of change vary, both at global and regional levels.

As a first vector, let’s begin with the size of the global population. Although the growth rate is decelerating, total population continues to increase. Estimated in 2022 by the UN at 7.9 billion, estimates suggest figures of 8.6 billion in 2030, 9.8 billion in 2050, to reach a peak of approximately 11.2 billion somewhere around 2080.

A second vector is the health of the population and causes of death. Thanks to the progress made since 1800 in combating communicable diseases, nutrition and infant mortality, life expectancy has increased. It continues to do so – and this has two impacts. Firstly, the proportion of people aged over 65 will increase (from 9% in 2019 to about 16% in 2050). Secondly, the major causes of death are increasingly non-communicable diseases.

A third vector of global health is the evolution of the healthcare profession and its institutions. The global average of 1.3 physicians per 1.000 population in 1960, has increased to 1.76 in 2017. In reality those skills are unevenly spread, says the World Health Organisation (WHO). Across world regions, the density of health workers can vary by a factor of 10, and there is great variability in the skill mix. The WHO estimates a global shortfall of 4.3 million doctors and nurses, equivalent to 15% of the total number of heathcare professionals worldwide.

Increasing demand for healthcare services, plus insufficient skilled resources puts health institutions under constant stress. On top of that comes the ever-evolving nature of global healthcare priorities. Overcoming one healthcare challenge simply throws up a new one, which requires a completely different response.

Huge amounts of resources have been made available for healthcare. Expenditure on healthcare systems and insurance schemes by governments – practically insignificant before the 1930s - has taken a growing share of GDP. Figures for individual OECD countries, which were typically between 2% and 4% in 1960, have risen to between 6% and 11% in 2020. Whether that is enough resource is an ongoing discussion.

The pragmatic interaction between industry and healthcare has created numerous innovations that deliver a ‘better-tool-for-the task’. The addition of reliable, miniaturised sensors created a series of innovations in patient monitoring, which increase the productivity of healthcare professionals and in turn improve the quality of outcomes. Now add affordable wireless communication, which permits connection of an individual device to the internet.... and healthcare technology expands exponentially into the inter-connected Internet of Medical Things (IoMT).

The Internet of Medical Things opens up completely new ways of responding to healthcare challenges. As always, the nature of the answer depends on the question. Here, we’ll take a brief look at a few:

How to relieve the pressure on institutional patient care?
The ‘home health’ approach envisions solutions for non-critical conditions that the patient can use themselves. Medical devices that monitor and/or control a condition continually can be worn ( e.g. an activity tracker) or implanted (e.g. a heart pacemaker); those that require intermittent monitoring or intervention (e.g. blood pressure , diabetes) may be portable. These types of devices collect data and provide analysis for self-observation, enabling healthcare professionals to focus on critical cases. The emphasis on home health is increasing in response to the aging global population profile.

How to increase the provision of preventative healthcare?
The tele-health approach complements home health. The data collected by home health systems can be shared and discussed with healthcare professionals as needed and remotely via online meetings; prescriptions can be issued and medicines can be ordered online.

How to make better use of rare surgical skills?
Remote surgery (also known as telesurgery) enables a doctor to perform surgery on a patient though they are not physically in the same location. It combines robotics and high-speed data communications to allow the expertise of specialized surgeons to be available to patients worldwide, without the need for patients to travel beyond their local hospital.

How to increase the availability of treatment to meet actual demand?
Given fixed limits on the number of professionals available, national and regional authorities take very different approaches to “who may do what”. Some national authorities allow specific medical or surgical procedures to be carried out by suitably trained nursing or para-professional staff, as a way to circumvent shortages in physicians or surgeons.

How to increase the productivity of healthcare professionals?
Re-designing the professional tools continues to be on of the most effective ways to increase productivity. If the re-design means that the procedure can be consistently and successfully delegated to staff with lower qualifications, the gain in productivity is multiplied by the increase in scope of application. 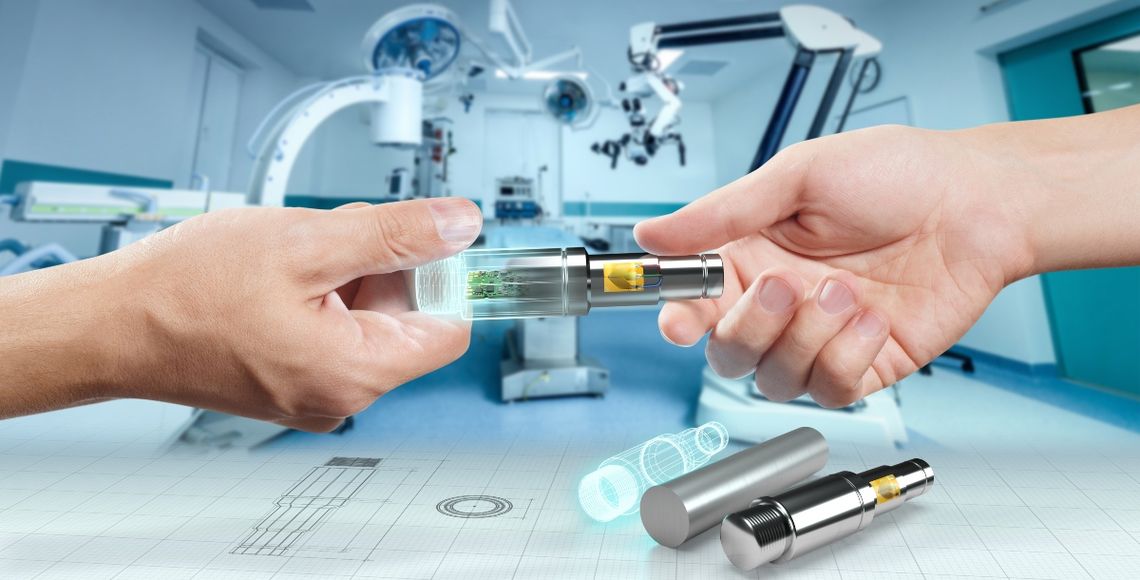