Bending beam load cells are the most widely used type of load cells. Read this article to learn more about the benefits and properties of these load cells, which are used across the world. 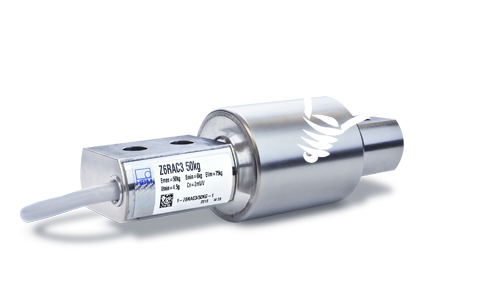 Bending beam load cells are the best fit for many measuring tasks. Here, the signal, on principle, depends on the bending moment. When the load application point in the bending beam's longitudinal direction changes with identical loads, different signals are generated. For this reason, the single bending beam is rarely used in load cells, because it requires special measures to ensure a constant load application point (lever arm effect).

HBM's range of load cell types uses various modifications of bending beams. They are employed in tank weighing, plant engineering, and process weighing applications. Many of these multiple bending beam load cells have been approved, for instance, by the German National Metrology Institute (PTB), for integration into scales that are used in legal-for-trade applications or potentially explosive atmospheres. Certificates for worldwide use are available as well. Z6 and HLC are typical bending beam load cells from HBM. The differences are as follows:

These cylindrical load cells are widely used. Z6 was developed by HBM in 1972 and has become established as the standard, with millions of units produced worldwide. The load cell, with maximum capacities ranging from 5 kg to 1 t, is employed in platform and conveyor scales for dosing and level measurement as well as for weighing modules that, for instance, are used for tank weighing applications. The sensitive measuring element is protected by the characteristic metal bellows.

The legal-for-trade Z6R bending beam load cell has been designed for maximum capacities ranging from 20 to 200 kg and is mechanically and electrically compatible with the Z6. It has been specially developed for use in applications with strict hygiene requirements or harsh environments. Unlike the Z6, its design does not involve a bellows but a hermetically sealed measuring body, without gaps or edges, which is particularly easy to clean.

These cuboid load cells are available with maximum capacities ranging from 110 kg to 10 t. They are employed in tank, dosing, and platform weighers as well as in level monitoring. With the HLC load cells, the strain gauges are installed in the measuring element’s through hole (see the last picture in figure 2). This zone is hermetically sealed by welded stainless-steel cups.

Besides bending beams, there are various other load cell designs. These include, for instance: