This article describes GPS technology and how to use it in mobile data recording. It specifies the different sensor types that can be connected to QuantumX, how to parameterize it and how to perform position-based post-process data analysis.

Position- or map-based data is clearly beneficial for analyzing data acquired in a moving vehicle, as you get test reports with traceable results. Videois another major advantage, allowing a perfect view of data from unattended recording jobs.

The QuantumX data recorder is the perfect tool for both lab based and mobile data acquisition. The recorder can read in GPS sensors and record accurate position information signals.  It combines that with high-quality analog inputs acquiring mechanical, thermal, and electrical quantities like strain, pressure, acceleration, torque, force, temperature, displacement, and more information based on the acquisition of the CAN bus.

Acquiring GPS data enables engineers to easily correlate measured results with the vehicle position and behavior at the time. It also makes it simple to extract position based data acquired on a certain section of the test track or road course to correlate with former jobs.

A GPS sensor receives the following information from satellites orbiting the earth:

Some GPS sensors offer additional calculated information like speed. Due to the further development of silicon technology, it is obvious that GPS sensors will deliver more and more information in the future. Modern Inertial Measurement Units (IMUs) fine-tune or interpolate GPS information with additional local sensors like acceleration, gyro, and temperature delivering additional angular data (pitch, slip, yaw) with a higher data rate.

Currently, GPS sensors need a clear view of the sky -- for example,mounted on the roof of a vehicle -- to get the maximum number of satellites.

Logger software can then calculate distance traveled, direction, acceleration and so on based on position data.

GPS is used to precisely calculate latitude and longitude of a specific position. The GPS system is based on a network of many satellites that orbit the Earth twice every 24 hours. The precise orbit of the satellites and their use of very accurate clocks allows precise triangulation of a vehicle's or user's position. Each satellite transmits its exact position and a very accurate time. The accurate time required for GPS is provided to the satellite system by atomic clocks at the U.S. Naval Observatory, thus enabling the complete system to work fully synchronized.

GPS is available in many forms for navigation of any type of vehicle and for recreational activities like hiking and mountain biking. Modern mobile smart phones and digital cameras are increasingly offered with internal GPS sensors. Meteorologists use it for weather forecasting. Geologists use it as a highly accurate method of surveying or to measure tectonic motions in earthquake studies.

There are highly dynamic inertial sensors with GPS, as well as internal sensors that which address more specific applications like kinematic surveying or validating vehicles according to standardized tests like ISO4138, ISO7401, ISO7975, or ISO3888-2 (also known as “elk test”).

QuantumX is an engineering tool for measurement and testing purposes that acquires all types of analog and digital data, as well as bus signals via CAN, CCP, or XCP-on-CAN.  For example, it can acquire “wheel speed front left” and in parallel and correlation with a vehicle's position (GPS) and video data.

GPS is a satellite-based navigation system using 29 satellites (minimum of 24 active satellites). The full name of the system is “Navigational Satellite Timing and Ranging – Global Positioning System – NAVSTAR-GPS." Originally, this system was developed by the US Department of Defense. The system officially launched in 1995. All satellites move about in an exact orbit to receive signals from 6-10 satellites from every position in the world, and a minimum of 4 at the same time. Every GPS satellite sends C/A coded data with 1575.42 MHz in the civil L1 frequency band. Besides position and time, a special satellite code is also sent to clearly differentiate from other satellites. The GPS receiver decodes these signals (CDMA). The highly precise military P/Y code is not public

If the GPS sensor receives signals from a minimum of 3 satellites, the position can be precisely analyzed by the sensor: latitude and longitude. Signals from 4 satellites allow calculation of altitude as well (= height above sea level). In aviation, “height” is generally used to measure the distance between the sensor and the ground. The more satellites, the higher the accuracy.

When powering up the QuantumX system and the GPS sensor for the first time, it will begin searching for satellites. This process can last up to 5 minutes. After the GPS has been initialized it usually takes less than a minute to get all the signals. This is checked by software.

Position accuracydepends on many factors. The more satellite signals the GPS receiver acquires the better the signal. The position of the satellites and thus the energy level of the signal received is also a driving factor in terms of accuracy. An object that is located between the satellite and the sensor, such as a tall building can cause inaccuracy because of non-receivable or reflective signals. The quality of a standard GPS sensor in general can achieve accuracies of less than 10 m / yard.

Two types of interfaces can be used to connect a GPS sensor to QuantumX:

GPS sensors of this type come with an embedded antenna and offer 1-5 Hz update rate and low power consumption. The RS-232 (female) interface with D-Sub-9 pin serial connection can be plugged directly into the QuantumX data recorder. The receiver can track up to 12 satellites. This type of sensor is ideal for slower-moving or less-agile vehicles like trains or ships.

An extra power cable can be terminated in a cigarette lighter plug (6 -40 V DC).
The sensor comes in a water resistant case and works in a temperature range from -30 - 80 °C.

There is also a USB-based sensor supported by catmanEASY. Please order accordingly. 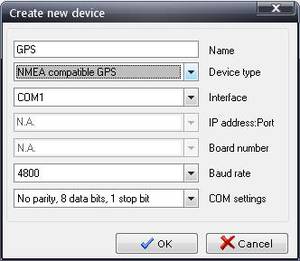 NOTE: At least one QuantumX module is necessary to provide the time signal. All GPS signals are then related to this time group.

Basically, any GPS sensor offering this bus standard can be connected to QuantumX.

The modules MX840, MX840A and MX471 offer ISO 11898 high-speed CAN bus connection. The bus rates can be adjusted according to the data sheet. The data format can be Motorola or Intel. With MX47a, bus termination can be switched via software. It must be soldered into the plug when using MX840 or MX840A.

This type of sensor can be used for vehicle testing of cars, sport vehicles, or motorcycles with the highest demand on speed and precision. Typical applications are general vehicle dynamics (vertical or horizontal).

NOTE: At least one QuantumX module is necessary to provide the time signal. All GPS signals are then related to this time group. 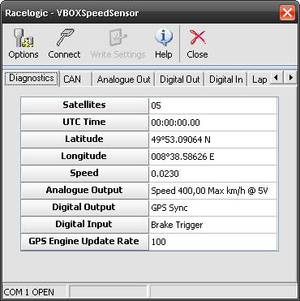 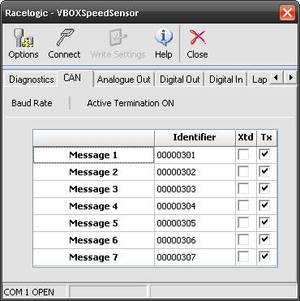 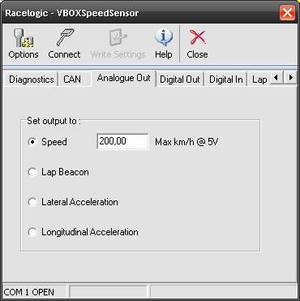 You can visualize and automatically analyze all your data mathematically using the powerful graphical post processing tool GlyphWorks from HBM nCode.

The Synchronized Displays package provides you with a toolset for displaying GPS data globally mapped to Microsoft MapPoint or using the export functionality to Google Earth.

Multiple gauge types can display any input from sensors or bus data, the exact position, and even video in a synchronized way.

Picture: GlyphWorks - To visualize and analyze measurement data zoom into your set of data and analyze it in the time or frequency domain

Picture: GlyphWorks – Data analysis in a graphical flow with mathematical tasks. From left to right: data pool, calculation of speed, time at level of acceleration and speed, FFT calculation, map

QuantumX: Universal and distributable DAQ
The QuantumX data acquisition system (DAQ) is the perfect tool for all of your test and measurement needs. HBM are suppliers of this system.
QuantumX MX840B/MX440B: Universal Data Acquisition Module
Our QuantumX universal amplifier modules are real all-rounders. Simply connect the sensors of your choice to each of the connections, and off you go!
QuantumX MX471 CAN / CAN FD
This module allows the simultaneous integration of up to four CAN networks into the QuantumX DAQ system and can be expanded as required.
QuantumX CX22B-W
Data recorder QuantumX CX22B-W collects, analyzes and stores acquired measurement data directly in the device - without any PC connection.
Contact us Please send a message and a representative will contact you shortly.