Strain Gauges on Board 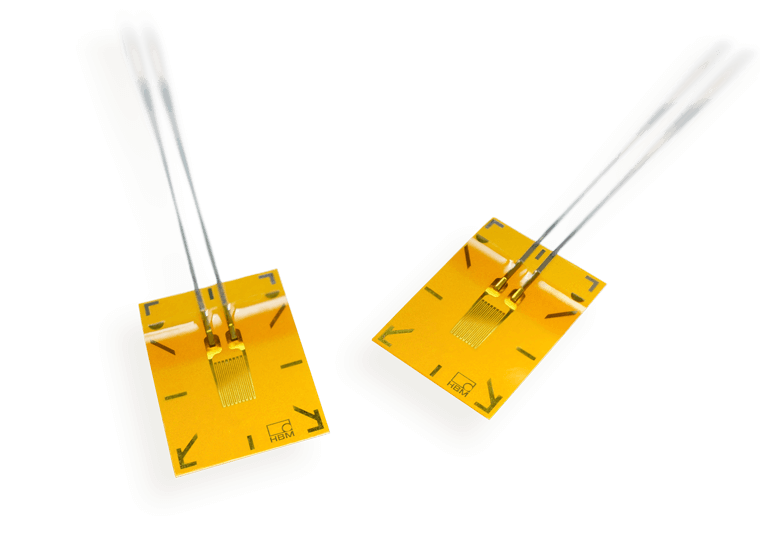 With the A350 XWB, Airbus brings a wide body aircraft to the market which sets new standards in terms of fuel savings and environmental friendliness.

The assembly at the end of the wing consisting of the winglet and wing tip plays an important role, increasing speed as well as reducing the induced drag of the wing and consequently the fuel consumption.

Both the wingtip and winglet assemblies are manufactured by FACC AG. The Austrian specialist for lightweight components delivers to Airbus not only these essential structural components of the new aircraft, but also takes necessary steps for the type certification of the aircraft through static and dynamic load tests.

Engineers were faced with unique challenges

The engineers were faced with unique challenges: in addition to the winglet/wingtip components themselves, the connection to the main wing box of the aircraft was also under test. Specifically for this purpose a dummy wing box with identical stiffness properties and connection concept was developed.

In addition, the FACC AG subsidiary CoLT Prüf und Test GmbH has implemented a unique test rig for the testing of the Winglet assembly and dummy wing box.

It enables the targeted synchronous initiation of a 3D deformation of the eight-meter long, fiber composite specimens. Equipment from HBM Test and Measurement (HBM) is also on board: CoLT relies on strain gauges from HBM to validate the measurement results of the static and fatigue tests.

Over 125 tons, 15 meters long, ten meters high and eight meters wide - these are the impressive dimensions of the CoLT-built test rig for the Level 3 full-scale test of the A350 XWB winglet/wingtip. The implementation of five yokes each with three hydraulic cylinders allows for accurately controlled and synchronized loading of the specimens. For the first time, this enables static and dynamic continuous and peak loads on the over eight meter long elements to be determined under realistic conditions and their structural health monitored.

Within the context of testing and validation, the CoLT testing team relies on measurement technology from HBM. To ensure the best possible measurement results, only HBM strain gauges were used in the test rig. In total, over 550 flexible and easy to deploy HBM strain gauges were used in the Airbus A350-900 Winglet Wingtip Full Scale Certification Program - including 307 strain gauge rosettes 1 RY91-6 / 120 for the analysis of biaxial stress state with unknown principal stress directions and 257 linear strain gauges 1-LY41-6 / 120 to measure strain in one direction.

Their task: validating the FEM calculation results required for type certification of the new Airbus model. During these tests, the HBM components confirmed the test engineers' positive experiences from the past. Even under challenging test conditions, they provided the expected precise measured values which confirmed the calculated interdependencies of component behavior. This completes another major step towards type certification.