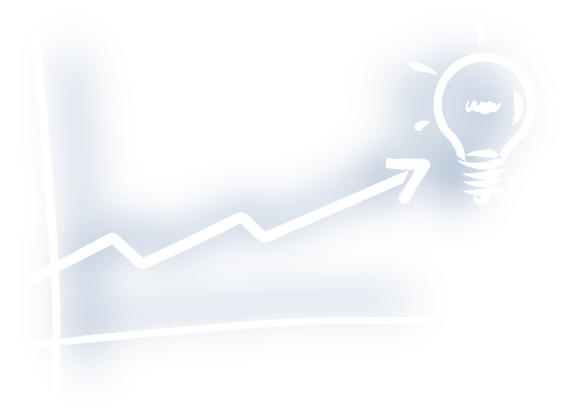 Technical advances in today’s test bench engineering are not only driven by the measuring amplifiers and software systems used in this field. The sensors, too, need to make their contribution to innovation by addressing major trends such as the need for shorter setup times, higher flexibility in testing and automation of tests.

Using the example of the measurement quantity of force we would like to show you how the latest generation of strain gauge based transducers meets varying requirements in the test shop and test bench.

The development of force transducers in recent years has produced more precise sensors which, at the same time, are robust, user-friendly, easy to configure and cost effective.

Overview of the 4 major trends

Higher accuracy in the test bench pays off immediately - through an extended measuring range.

The accuracy of sensors is a matter of considerable economical interest. The reason for this is that the usable measuring range, i.e. the sensors’ operating range with a given required accuracy expands as the sensors’ accuracy improves.

This correlation is illustrated in the diagram: It is based on the S2M sensor, an industrial force transducer manufactured in large quantities. It is compared with its predecessor model, the S2. Designed to the state of the art, the S2M makes it possible to achieve a significantly wider measuring range while complying with the given measurement uncertainty. The calculation in our example is based on a force measurement in the partial load range of both sensors. The measuring time is 30 minutes. A temperature change of 20 Kelvin was assumed during the measurement. The sensor’s measuring range is 500 N. The following influence quantities were taken into account: Linearity, temperature coefficient of the zero point and sensitivity, hysteresis, and creep.

A sensor with a measuring range of 500 N can thus be used to precisely determine forces of approximately 20 N. There are two possibilities to benefit from this advantage:

The use of products in extreme environments is simulated more and more frequently. Here you benefit from both an ultra-rugged amplifier system and - of course - sensors that are designed to meet these challenges!

Hermetically sealed welded sensors are now available which meet high requirements in terms of robustness. The high degree of protection to IP68 (a standard feature of the series) is demonstrated by an immersion test in a three-meter column of water for 100 hours.

What to do in case of small forces?

With very small forces up to 500 N it is difficult to use steel as a spring element material. The lower modulus of elasticity of aluminum is advantageous in this case. The strain gauges do have to be protected by silicone, however. Because of this, improvements in sensitivity to moisture must be achieved through the design of the strain gauges. For example, polyether ether ketone (PEEK) as a SG carrier material absorbs only a very small amount of moisture, which makes it a very favorable material. The degree to which force transducers incorporating this material are affected by moisture variation is sufficient for a great many applications even if the insensitivity of fully encapsulated sensors is not achieved.

Load Cell Calibration Standard ISO 376
Force sensor calibration DIN EN ISO 376 are more complex than other calibrations, but also more accurate. Learn about what happens and what the values are.
Adjustment of Electronics for Force Measurements
Read the technical article to find out how to correctly adjust your electronics to match your force sensor and ensure your measurement is reliable.
Connection Cables for Strain Gauge Sensors
How to choose the right connection cable for your sensor? Learn the difference between cables and leads, and what to consider when making a selection
Installation of Force Transducers
Often a force transducer cannot be calibrated in the application. Achieving reliable measurement results depends on the installation situation.
Measuring Small Forces with High Initial Load
In this article we present the advantages of piezoelectric sensors and sensors based on strain gauges measuring small forces with high initial load.
Liebherr Relies on HBM Measuring Technology
Liebherr is testing the components and assemblies comprising its construction machinery under maximum loads – with high-performing force sensors from HBM.
OSiMaB Project - On the Road to Mobility 4.0
Bridge damage impairs the smooth traffic flow. To detect damage at an early stage and to forecast future damage, a holistic assessment must be implemented.
Piezoelectric sensors: Which one for my applicatio
HBM selection guide for piezo sensors: How to make the right decision.
Working Principle of Piezo Sensors
This article from HBM explains how piezoelectric sensors work. Learn more about the design, method of operation and applications of these sensors.
Article: So how does a force transducer actually work?
This article outlines how a force transducer works. The working principle of these transducers based on strain gauges is discussed.
Trends in Force Measurement Technology
Read the interview to find out how HBM force measurement experts predict the future of the market, and what they do to stay ahead of the competition.
Piezoelectric vs. strain gauge-based force washers
Find out about strain gauge-based and piezoelctric force washers, and which measurement tasks and conditions require which technology.
Piezoelectric Force Transducer: 5 Rules for Installation an
Do you want to use piezoelectric force transducers? If so, you should make sure that you observe our 5 rules for installation and putting into operation to
Electrical Connection of Force Transducers
In this article from HBM you learn what you should keep in mind for the successful electrical connection of force transducers.
Calibrating the Measuring Chain
After mounting, the force washers should be calibrated to allow reliable sensitivity determination of the measuring chain.
Strain Gauges or Piezoelectric Sensors? A Comparison
Read our article to learn when you should choose which measurement principle.
Force Application with Compressive Force Sensors
In the following article you will learn how to get the most out of the technical features of compressive force sensors in force applications.
The Key to New Applications: Precision
High-precision transducers can be flexibly used for different measurement tasks and enable force measurement chains with high mechanical reserves.
Galvanic Separation in Piezoelectric Measuring Chains
Read our new technical article to learn how galvanic separation facilitates installation of piezoelectric test and measurement equipment in the field.
Piezoelectric or Strain Gauge Based Force Transducers?
Piezoelectric sensors or strain gauge (sg) based force transducers - when is which principle appropriate in force measurement?

Modern force transducers are meanwhile delivered as specified by the customer and virtually ready for installation.

Modern force transducers meet this challenge through their modular design. Virtually every force transducer from HBM can now be individually configured - with many optional connectors and cables. A total of 2304 different possible combinations are available to configure a type C10 force transducer!

The demand for TEDS (Transducer Electronic Data Sheet) has also risen sharply in recent years. TEDS means: A sensor that is actually passive contains a small memory chip from which sensor data can be read. Given the appropriate amplifiers, this technology eliminates the need for parameterizing measurement channels and also decreases susceptibility to error.

The number of possible combinations available with the C10 force transducer:

Build-up systems: Get the big picture from the small details.

Given that technical devices tend to become larger, HBM now offers special solutions up to 20 MN, in addition to the standard products up to 5 MN. This applies to ships and also to wind power systems, for example. Greater forces occur when operating ships or wind power plants, and these forces must be verified through tests.

It is, of course, always necessary to calibrate the force sensors used in the field. The possibilities of calibrating large forces are limited.

For this reason, HBM has developed so-called build-up systems in which three force transducers are mounted in parallel. Such systems are used in calibration and also in many research projects. The objective is to be able to derive the behavior of the complete system from the properties of individual small sensors.

For example, you could precisely measure three sensors with small capacities to develop a system with three times the capacity of a single sensor.

Due to the fact that this technology will ultimately make it possible to use force measurement technology in testing tasks with sufficiently precise calibration, research is sponsored by the EU. The capacity of the systems delivered so far is between 60 kN and 10 MN.